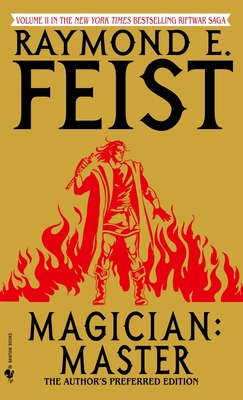 He held the fate of two worlds in his hands...

Once he was an orphan called Pug, apprenticed to a sorcerer of the enchanted land of Midkemia.. Then he was captured and enslaved by the Tsurani, a strange, warlike race of invaders from another world.

There, in the exotic Empire of Kelewan, he earned a new name--Milamber. He learned to tame the unnimagined powers that lay withing him. And he took his place in an ancient struggle against an evil Enemy older than time itself.

Raymond E. Feist is the international bestselling author or co-author of twenty one novels, including Magician, Silverthorn, A Darkness at Sethanon, Faerie Tale, The Kings Buccaneer, Talon of the Silver Hawk, and King of Foxes. Feist is a graduate of the University of California, San Diego, and resides in Southern California with his family. He travels, collects wine, and lives and dies with the San Diego Chargers.
Loading...
or support indie stores by buying on