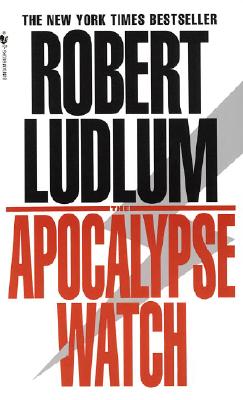 American agent Harry Latham has penetrated the fortresslike mountain hideaway of the Brotherhood of the Watch, a neo-Nazi organization that was born in the days after the fall of the Third Reich. But on the eve of his most spectacular success, after three years in deep cover, Harry disappears.
Drew Latham, Special Officer for Consular Operations in Paris, is frantic to discover his older brother's fate. But when Drew receives the good news that Harry has surfaced, gut-twisting doubts arise. For Harry has emerged with an explosive document: a list of secret supporters of the Brotherhood, among them high-ranking officials of the United States and its allies. But is it legitimate? The search for the truth about Harry and the growing Nazi threat will plunge Drew into a labyrinth of deceit and death. And whoever makes it out alive will hold the fate of the free world in his hands.
Praise for Robert Ludlum and "The Apocalypse Watch"
" "
"A powerful, exploding novel . . . vintage Ludlum in fine form."--"Booklist"
"If a Pulitzer Prize were awarded for escapist fiction, Robert Ludlum undoubtedly would have won it. Ten times over."--"Mobile Register"
" "
"Bloody great fun."--"Kirkus Reviews.

Praise For The Apocalypse Watch…

Praise for Robert Ludlum and The Apocalypse Watch

“If a Pulitzer Prize were awarded for escapist fiction, Robert Ludlam undoubtedly would have won it. Ten times over.”—Mobile Register

Robert Ludlum was the author of twenty-one novels, each a "New York Times" bestseller. There are more than 210 million of his books in print, and they have been translated into thirty-two languages. In addition to the Jason Bourne series--"The Bourne Identity, The Bourne Supremacy, " and "The Bourne Ultimatum"--he was the author of" The Scarlatti Inheritance, The Chancellor Manuscript, "and" The Apocalypse Watch, " among many others. Mr. Ludlum passed away in March 2001.
Loading...
or support indie stores by buying on
(This book is on backorder)