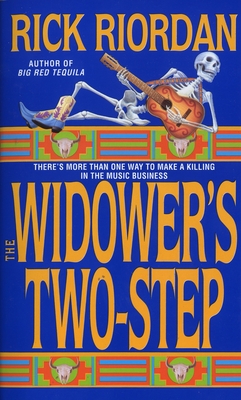 Tres Navarre has just hours of apprenticeship time to serve before he can go for his P.I. license. Staking out a musician suspected of stealing a demo tape should be a piece of pan dulce. But his attention wanders just long enough for fiddle player Julie Kearnes to be gunned down before his eyes. He should just back away and let the cops investigate, but backing away has never been Tres's strong point.

The missing demo and Julie's murder are just two of the problems besetting Miranda Daniels, a pint-sized singer with Texas-sized talent. She's the prize in a tug-of-war between two music hotshots who want to manage her career. One has a habit of making bad things happen to people he doesn't like. The other has just vanished without a trace. As Tres looks into the dirty dealings surrounding Miranda, it becomes clear he's stepped into a rattlesnakes' nest of greed, double cross, and murder—and he may be the next to be snakebit.

"Riordan writes so well about the people and topography of his Texas hometown that he quickly marks the territory as his own."
--Chicago Tribune

*"The characters are well-defined and original, the dialogue is tough and sharp, and narrator Tres's wry observations make him even more simpatico than the first time around. Riordan showed real talent in Big Red Tequila, but here, he's relaxed enough to make it look easy."
--Publishers Weekly, *starred review

Rick Riordan is the author of six previous Tres Navarre novels—Big Red Tequila, winner of the Shamus and Anthony Awards; The Widower’s Two-Step, winner of the Edgar Award; The Last King of Texas; The Devil Went Down to Austin; Southtown; and Mission Road. He is also the author of the acclaimed thriller Cold Springs and the young adult novel The Lightning Thief. Rick Riordan lives with his family in San Antonio, Texas.
Loading...
or
Not Currently Available for Direct Purchase