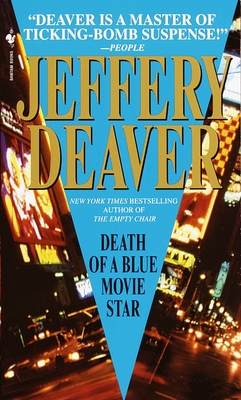 Twenty-one-year-old Rune is an aspiring filmmaker, but so far her only break has been scoring a job as an underpaid production assistant in Manhattan. Still, she's always on the lookout for the perfect topic for her own film—and she thinks she's found it when she witnesses the bombing of a triple-X movie theater in Times Square. Rune's got a great hook for her documentary: She plans to film it through the eyes of Shelly Lowe, the porn star whose movie was playing at the theater when it exploded.  But just hours after Rune films a poignant Shelly reflecting on her dreams of becoming a serious actress, a second bomb silences the beautiful film star forever. Was Shelly in the wrong place at the wrong time—or was she the bomber's target all along? Rune vows to find out the truth behind the death of this blue movie star. But as she struggles to finish shooting her film, Rune's labor of love may be her final masterpiece—as a shooting of a more lethal kind threatens to write an ending to this story that no one wants to see. . . .

Praise For Death of a Blue Movie Star (Rune #2)…

"The author creates a great sense of atmosphere, enhanced with vivid imagery and well-defined characters."
-- Rendezvous

Manhattan Is My Beat

The Lesson Of Her Death
Mistress Of Justice

Available from Bantam Books
And the third Rune mystery: