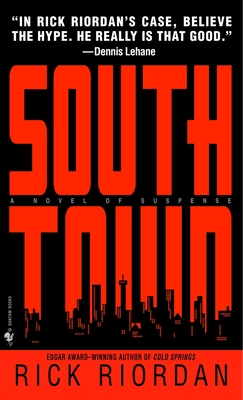 For Tres Navarre, English professor turned private investigator, business has lately taken a drastic turn south. But if chasing down bail jumpers, adulterous spouses, and workmen’s comp cases seemed like the dregs of the PI game, it was at least a living. Not as much could be said for tracking down a man like Will “the Ghost” Stirman.

The stone-cold killer has just staged a bloody escape from the Floresville State Penitentiary with a gang of violent cons as spooked by Stirman as those on the outside who helped put him behind bars. And no one seems more worried than Navarre’s boss and mentor, Erainya Manos. It was her husband along with rival PI Sam Barrera who built the case that sent Stirman away. But Erainya’s husband is dead and she’s certain Stirman won’t let that stand in the way of his taking revenge against her and her adopted son.

All of Navarre’s instincts are screaming that there’s more to this case than meets the eye. But Erainya won’t tell him—and Sam Barrera seems to be escaping into a strange twilight from a truth too terrible to remember. That leaves Tres to dig into a twisted mystery of greed, vigilantism, and murder, where lives are bought and sold and the line between guilt and innocence is razor-thin. Meanwhile, Stirman and his gang are coming, leaving behind them a trail of brutal, unforgiving violence that will end in an area of San Antonio known as Southtown—but that may soon just as well be called hell on earth.

"If not the king of Texas crime writing, Rick Riordan is certainly among the princes!"
--The Denver Post

"Riordan's Navarre is tough to beat, mentally or physically.... Inspires as many laughs as gasps..... Any reader who waits impatiently for every new Dave Robichaux or Stephanie Plum mystery can add Riordan to his to-be-read list."
--San Jose Mercury News

"As soon as you start reading Riordan, you understand the acclaim. His voice is fresh yet sure, with insights so trenchant they nearly provoke tears. And Riordan's characters, even the minor ones, are achingly believable."
-- Booklist, starred review, on Cold Springs

"Riordan writes so well about the people and topography of his Texas hometown that he quickly marks the territory as his own."
--Chicago Tribune

"There's a reason why this guy keeps winning awards....a master stylist. I can't wait for his next."
--Harlan Coben?

Tres Navarre is "[A] hard-nosed private investigator who never lets justice interfere with personal loyalties.... Riordan shifts his storytelling back and forth between heroes and villains in a tale of revenge and misguided efforts at justice."
--Washington Post

Rick Riordan is the author of six previous Tres Navarre novels—Big Red Tequila, winner of the Shamus and Anthony Awards; The Widower’s Two-Step, winner of the Edgar Award; The Last King of Texas; The Devil Went Down to Austin; Southtown; and Mission Road. He is also the author of the acclaimed thriller Cold Springs and the young adult novel The Lightning Thief. Rick Riordan lives with his family in San Antonio, Texas.
Loading...
or
Not Currently Available for Direct Purchase