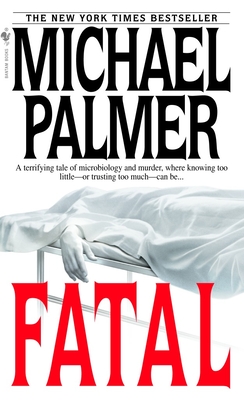 Michael Palmer has crafted a novel of breathtaking speed and medical intricacy where nothing is as it seems and one false step could be FATAL.

THE PATIENT
“The Patient might be [Palmer’s] most riveting book yet, leaving hardly enough time to take a breath.”
—The Denver Post

“The Patient is what Die Hard movies are made of: brilliantly nasty terrorists hectoring innocent folks, with only a wisecracking lone wolf to forestall.”
—Milwaukee Journal Sentinel

SILENT TREATMENT
“Guaranteed to terrify anyone who...has reason to step inside the doors of a hospital....Dynamite plot...fast-paced and engrossing.”
—The Washington Post

“Palmer owes this reviewer about three hours of sleep spent reading this can’t-put-it-downer. You are cautioned...don’t start this one at 10 at night.”
—The Washington Times

Michael Palmer M.D, practices addiction medicine in Massachusetts, where he is currently at work on his eleventh novel.
Loading...
or
Not Currently Available for Direct Purchase