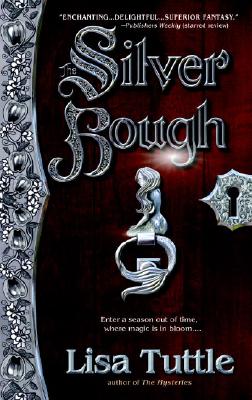 The award-winning author of The Mysteries returns with another captivating novel in which modern-day enigmas and age-old myths come together to bear spellbinding fruit.

Nestled on the coast of Scotland, Appleton was once famous for its apples. Now, though the orchards are long gone, locals still dream of the town’s glory days, when good luck seemed a way of life. And outsiders are still drawn to the charming village, including three very different American women. . . .

Widowed Nell Westray hopes for a quiet life in the place she and her husband spent their happiest moments. . . .

And young Ashley Kaldis has come to find her roots.

But when a sudden landslide cuts Appleton off from the wider world—and the usual constraints of reality—the village reveals itself to be an extraordinary place, inhabited by legendary beings and secret rooms. Most unexpected is a handsome stranger who will draw all three women into an Otherworld where, as in Eden, the bite of a single apple can alter the course of reality . . . if only one of them will believe.

Praise For The Silver Bough: A Novel…

"Tuttle seamlessly blends times past and present and adds Celtic magic to the mix in an utterly believable way. Beautifully done!"—Booklist, starred review

Lisa Tuttle was born and raised in Houston, Texas, won the John W. Campbell Award for Best New Writer in 1974, and now lives with her husband and daughter on the west coast of Scotland. Her first novel, Windhaven, was written with George R. R. Martin. Other novels include Lost Futures, which was short-listed for the Arthur C. Clarke Award, The Pillow Friend, and The Mysteries.
Loading...
or
Not Currently Available for Direct Purchase