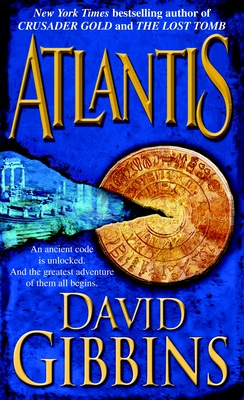 From an extraordinary discovery in a remote desert oasis to a desperate race against time in the ocean depths, a team of adventurers is about to find the truth behind the most baffling legend in history. The hunt is on for…

Marine archaeologist Jack Howard has stumbled upon the keys to an ancient puzzle. With a crack team of scientific experts and ex–Special Forces commandos, he is heading for what he believes could be the greatest archaeological find of all time—the site of fabled Atlantis—while a ruthless adversary watches his every move and prepares to strike.

But neither of them could have imagined what awaits them in the murky depths. Not only a shocking truth about a lost world, but an explosive secret that could have devastating consequences today. Jack is determined to stop the legacy of Atlantis from falling into the wrong hands, whatever the cost. But first he must do battle to prevent a global catastrophe.

David Gibbins has worked in underwater archaeology all his professional life. After earning a Ph.D. from Cambridge University, he taught archaeology in Britain and abroad, and is a world authority on ancient shipwrecks and sunken cities. He has led numerous expeditions to investigate underwater sites in the Mediterranean and around the world. He currently divides his time between fieldwork, England, and Canada, and is at work on a new novel about the further adventures of Jack Howard and his team in Egypt.
Loading...
or support indie stores by buying on
(This book is on backorder)