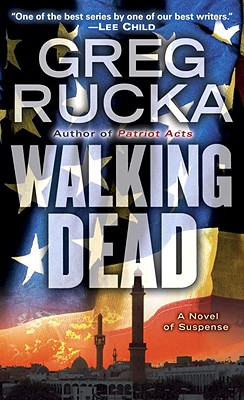 A Novel of Suspense (Atticus Kodiak #4)

Atticus Kodiak knows where people go to hide. That’s why he and Alena Cizkova have come to a secluded Georgian town in the former U.S.S.R. What he doesn’t know is what his friend and neighbor Bakhar Lagidze was hiding from. Bakhar and his entire family have been viciously murdered—all except for Lagidze’s fourteen-year-old daughter, whose nightmare is just beginning. To rescue her, Atticus must enter a lethal web that stretches from Russia to Istanbul, from Dubai to Las Vegas, and into the very heart of evil. But what troubles Atticus the most is that Alena, once one of the world’s most fearless assassins, is clearly terrified of what Atticus will uncover—and what he’ll become when he does.


Praise For Walking Dead: A Novel of Suspense (Atticus Kodiak #4)…

"Put Rucka on the short 'must read' list."—Philadelphia Inquirer

“A fine installment in a terrific series. Rucka has created a classic character: we are emotionally invested in Atticus and his fate.”—Booklist

Greg Rucka resides with his wife and two children in Portland, Oregon, where he is at work on his next thriller, which Bantam will publish in 2010. He is the author of nine previous novels as well as numerous graphic novels, including the Eisner Award-winning Whiteout series, soon to be a motion picture starring Kate Beckinsale.
Loading...
or
Not Currently Available for Direct Purchase