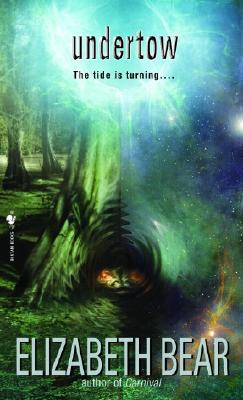 A frontier world on the back end of nowhere is the sort of place people go to get lost. And some of those people have secrets worth hiding, secrets that can change the future–assuming there is one. . . .

André Deschênes is a hired assassin, but he wants to be so much more. If only he can find a teacher who will forgive his murderous past–and train him to manipulate odds and control probability. It’s called the art of conjuring, and it’s André’s only route to freedom. For the world he lives on is run by the ruthless Charter Trade Company, and his floating city, Novo Haven, is little more than a company town where humans and aliens alike either work for one tyrannical family–or are destroyed by it. But beneath Novo Haven’s murky waters, within its tangled bayous, reedy banks, and back alleys, revolution is stirring. And one more death may be all it takes to shift the balance. . . .

She is the recipient of the John W. Campbell Award for best New Writer and the author of over a dozen published or forthcoming novels, including the Locus Award-winning Jenny Casey trilogy and the Phillip K. Dick Award-nominated Carnival. A native New Englander, she spent seven years near Las Vegas, but now lives in Connecticut with a presumptuous cat.
Loading...
or
Not Currently Available for Direct Purchase