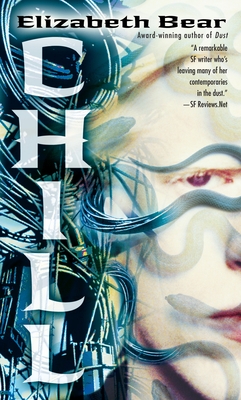 Sometimes the greatest sin is survival.

The generation ship Jacob’s Ladder has barely survived cataclysms from without and within. Now, riding the shock wave of a nova blast toward an uncertain destiny, the damaged ship—the only world its inhabitants have ever known—remains a war zone. Even as Perceval, the new captain, struggles to come to terms with the traumas of her recent past, the remnants of rebellion aboard the ship still threaten the crew’s survival.

Yet as Perceval’s relatives Tristen and Benedick play a deadly game of cat and mouse in pursuit of a traitor through a vast ship that is renewing itself in strange and dangerous ways, an even more insidious threat is building in a place no one ever thought to look. And this implacable enemy could change the face of the ship forever if a ragtag band of heroes cannot stop it.

She is the recipient of the John W. Campbell Award for best New Writer and the author of over a dozen published or forthcoming novels, including the Locus Award-winning Jenny Casey trilogy and the Phillip K. Dick Award-nominated Carnival. A native New Englander, she spent seven years near Las Vegas, but now lives in Connecticut with a presumptuous cat.
Loading...
or
Not Currently Available for Direct Purchase