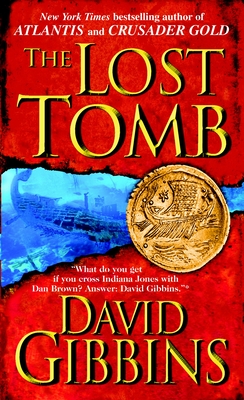 For centuries, people have speculated about the fabled lost libraries of antiquity. If one were found, what marvels would it contain? Now a fearless team of adventurers is about to unearth that long-hidden secret, and it will lead them to the most astonishing discovery ever made.

In the treacherous waters off the rugged Sicilian coast, marine archaeologist Jack Howard and his team of scientific experts and ex-Special Forces commandos make a shocking find while searching for the legendary shipwreck of the apostle Paul. And when a second artifact is uncovered in the ruins of a buried city, Jack is on the verge of a discovery that could shake the world to its foundations: the handwritten words of Jesus Christ himself.

As he follows a hunch from the dying confession of an emperor to the burial crypt of a medieval pagan queen, Jack is chasing a conspiracy whose web stretches to the highest levels of international power–and he will have to risk everything to stop the controversial document from falling into the hands of a shadowy brotherhood determined to fulfill their murderous vows.

David Gibbins has worked in underwater archaeology all his professional life. After earning a Ph.D. from Cambridge University, he taught archaeology in Britain and abroad, and is a world authority on ancient shipwrecks and sunken cities. He has led numerous expeditions to investigate underwater sites in the Mediterranean and around the world. He currently divides his time between fieldwork, England, and Canada, and is at work on a new novel about the further adventures of Jack Howard and his team in Egypt.
Loading...
or
Not Currently Available for Direct Purchase