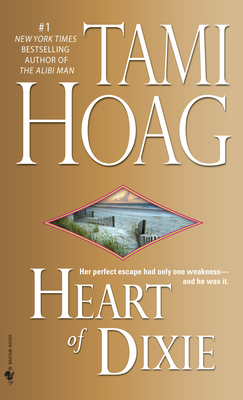 #1 New York Times bestselling author Tami Hoag mixes mystery and romance in this moving classic novel of a missing woman and the search that brings together the unlikeliest of lovers.…

She was a blond goddess, a box office megastar. Every woman wanted to be her; every man wanted to bed her. But over a year ago Devon Stafford vanished without a trace. As a biographer, Jake Gannon had taught himself to follow the clues of a person’s life story like a detective. As an ex-Marine, he was accustomed to being firmly in control. But when his car died in a little town called Mare’s Nest on the Carolina coast, he had to admit he’d come to a dead end.

There he met a .38-toting tow-truck driver named Dixie La Fontaine. She was no celebrity, but Dixie had an irresistible sex appeal all her own. What did this down-to-earth woman know about a missing movie star? Surprisingly, quite a lot. And Jake was going to uncover it all…if Dixie didn’t end up shooting him first.