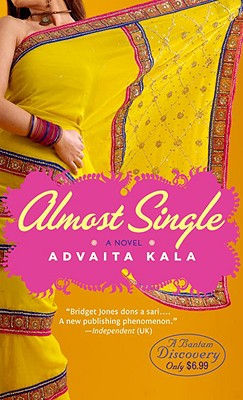 In a city where old is meeting new, daughters are surprising mothers, and love is breaking all the rules, this heartfelt and wickedly funny cross-cultural debut novel introduces a young woman searching for independence and matrimony in a culture bound by tradition.
Between elegant soirees and the occasional mortifying mishap, Aisha Bhatia's job as guest relations manager at New Delhi's five-star Grand Orchid Hotel is intermittently fabulous--she certainly knows her wines and cheeses. But despite a life filled with good friends and first-class travel accommodations, the fact is that not many twenty-nine-year-old women in India are single--as Aisha's mother never fails to remind her. Somewhere a clock is ticking, though as far as Aisha is concerned, it can be cheerfully drowned out by laughter over a champagne brunch. Yet when the handsomely chiseled Karan Verma arrives from New York, Aisha experiences an unexpected attitude adjustment. Karan is everything she's ever wanted...that is, if she actually "knew" what she wanted. Is it possible that she's about to find out?

Advaita Kala may be best described as rebellious (a result of three years spent at Welham's), confused (after four years of a liberal arts education at Berry College, Georgia, USA), and multifaceted (having held jobs that range from being a librarian to a teppanyaki chef). After calling three countries and numerous cities home, she has finally dropped anchor in New Delhi. She enjoys music, sailing, reading and is devoted to her St. Bernard. This is her first novel.

“The internationally trendy fiction genre...popularized by Bridget Jones’s Diary and Sex and the City, now has an Indian avatar.” —Washington Post


“Endearing and charming...Just the sort of book that could make a tiresome journey bearable.” —Statesman (India)