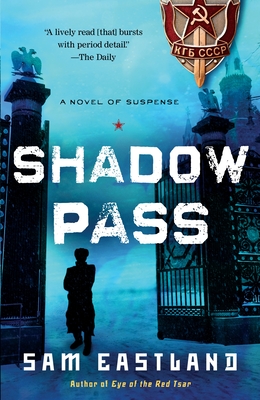 A Novel of Suspense (Inspector Pekkala #2)

Deep in the Russian countryside, a thirty-ton killing machine known officially as T-34 is being developed in total secrecy. Its inventor is a rogue genius whose macabre death is considered an accident only by the innocent. Suspecting assassins everywhere, Stalin brings in his best—if least obedient—detective to solve a murder that’s tantamount to treason. Answerable to no one, Inspector Pekkala has the dictator’s permission to go anywhere and interrogate anyone. But the closer Pekkala gets to answers, the more questions he uncovers—first and foremost, why is the state’s most dreaded female operative, Commissar Major Lysenkova, investigating the case when she’s only assigned to internal affairs?

In the shadows of one of history’s most notorious regimes, Pekkala is on a collision course with not only the Soviet secret police but the USSR’s deadliest military secrets. For what he’s about to unearth could put Stalin and his Communist state under for good—and bury Pekkala with them.


Praise For Shadow Pass: A Novel of Suspense (Inspector Pekkala #2)…

“A lively read [that] bursts with period detail.”—The Daily

“[A] quirky, yet compelling hero, Inspector Pekkala seeks the truth in a nation—Russia—where finding truth can mean death. . . . An outstanding example of an unusual protagonist being used to excellent advantage.”—San Jose Mercury News

“[A] fast-paced thriller full of twists and turns that will keep the reader hooked till the end.”—Wichita Falls Times Record News

Sam Eastland is the author of Eye of the Red Tsar. He is the grandson of a London Police detective who served in Scotland Yard’s famous “Ghost Squad” during the 1940s. He lives in the United States and Great Britain and is currently working on his next novel.
Loading...
or
Not Currently Available for Direct Purchase