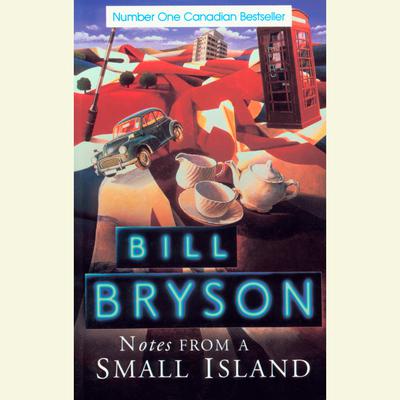 Bill Bryson is an unabashed Anglophile who, through a mistake of history, happened to be born and bred in Iowa. Righting that error, he spent 20 years in England before deciding to repatriate. This was partly to let his wife and children experience life in Bryson's homeland - and partly because he had read that 3.7 million Americans believed that they had been abducted by aliens at one time or another. It was thus clear to him that his people needed him. But before leaving his much-loved home in North Yorkshire, Bryson insisted on taking one last trip around Britain. His aim was to take stock of modern-day Britain, and to analyze what he loved so much about a country that produced Marmite, zebra crossings, and place names like Farleigh Wallop, Titsey, and Shellow Bowells.

Bill Bryson is the author of numerous works of travel literature as well as books on language. In addition to his bestselling books for Broadway, including A Walk in the Woods, I’m a Stranger Here Myself, and In a Sunburned Country, he is the author of Mother Tongue, The Lost Continent, Notes from a Small Island, and Neither Here nor There. He lives in Hanover, New Hampshire.