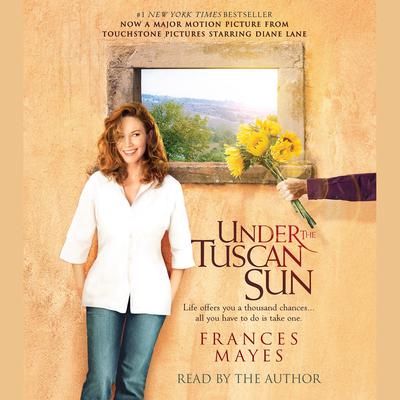 “This beautifully written memoir about taking chances, living in Italy, loving a house and, always, the pleasures of food, would make a perfect gift for a loved one. But it’s so delicious, read it first yourself.”—USA Today

More than twenty years ago, Frances Mayes—widely published poet, gourmet cook, and travel writer—introduced readers to a wondrous new world when she bought and restored an abandoned Tuscan villa called Bramasole. Under the Tuscan Sun inspired generations to embark on their own journeys—whether that be flying to a foreign country in search of themselves, savoring one of the book’s dozens of delicious seasonal recipes, or simply being transported by Mayes’s signature evocative, sensory language. Now with a new afterword from Frances Mayes, the twentieth-anniversary edition of Under the Tuscan Sun revisits the book’s most popular characters.

Frances Mayes’s Tuscany memoirs, all published by Broadway Books, have a combined total of 2,000,000 copies in print. She is also the author of The Discovery of Poetry and five books of poetry. A native of Georgia, she now divides her time between San Francisco and Cortona, Italy.