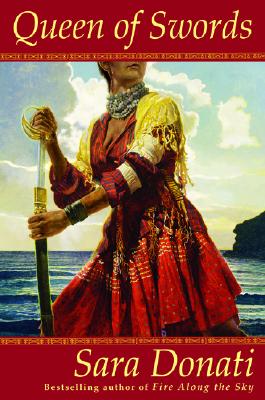 It is the late summer of 1814, and Hannah Bonner and her half brother Luke have spent more than a year searching the islands of the Caribbean for Luke’s wife and the man who abducted her. But Jennet’s rescue, so long in coming, is not the resolution they’d hoped for. In the spring she had given birth to Luke’s son, and in the summer Jennet had found herself compelled to surrender the infant to a stranger in the hope of keeping him safe.

To claim the child, Hannah, Luke, and Jennet must journey first to Pensacola. There they learn a great deal about the family that has the baby. The Poiterins are a very rich, very powerful Creole family, totally without scruple. The matriarch of the family has left Pensacola for New Orleans and taken the child she now claims as her great-grandson with her.

New Orleans is a city on the brink of war, a city where prejudice thrives and where Hannah, half Mohawk, must tread softly. Careful plans are made as the Bonners set out to find and reclaim young Nathaniel Bonner. Plans that go terribly awry, isolating them from each other in a dangerous city at the worst of times.

Sure that all is lost, and sick unto death, Hannah finds herself in the care of a family and a friend from her past, Dr. Paul de Guise Savard dit Saint-d’Uzet. It is Dr. Savard and his wife who save Hannah’s life, but Dr. Savard’s half brother who offers her real hope. Jean-Benoit Savard, the great-grandson of French settlers, slaves, and Choctaw and Seminole Indians, is the one man who knows the city well enough to engineer the miracle that will reunite the Bonners and send them home to Lake in the Clouds. With Ben Savard’s guidance, allies are drawn from every segment of New Orleans’s population and from Andrew Jackson’s army, now pouring into the city in preparation for what will be the last major battle of the War of 1812.

Sara Donati is the pen name of Rosina Lippi. She lives with her husband, daughter, and various pets in an area between the Cascade Mountains and the Puget Sound.
Loading...
or
Not Currently Available for Direct Purchase