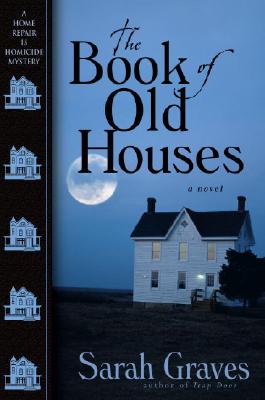 The Book of Old Houses

Once upon a time, Jacobia "Jake" Tiptree was a hotshot money manager to Manhattan's rich and dreadful—until she left city life behind for a centuries-old fixer-upper in the quaint seaside town of Eastport, Maine. But even this tiny haven has its hazards—and they can be astonishingly deadly....


When a mysterious book is unearthed from the foundation of Jake's 1823 fixer-upper, she immediately sends it off to local book historian Horace Robotham. After all, there must be a logical explanation for why the long-buried volume has her name in it—written in what looks suspiciously like blood. But all logic goes out the window when the book disappears—and Horace turns up dead.

The suspects include Horace's spoiled daughter, who has enough credit card debt to give killing her rich daddy a certain appeal. And just about everyone's pointing fingers at a local crackpot with a penchant for black magic and an unholy lust for its artifacts—including antique texts inked in blood. To complicate matters further, there's a mysterious stranger in town with vengeance in his heart and a gun in his pocket.

Never mind that Jake's just taken a sledgehammer to her ancient bathroom. Or that she forgot she's set to host a party for Eastport's most treasured teacher. She's also about to lose her beloved housekeeper on account of her father's hasty marriage proposal...and her son, Sam, has just taken his first tentative steps toward sobriety.

But all that will have to wait, because when two more victims turn up in a town better known for its scenic views and historic homes than its body count, she and her comrade-in-sleuthing, Ellie White, need to go on the prowl to find someone who may believe that the pages of an ancient book are the blueprint for a perfect murder.

Praise For The Book of Old Houses…

“Packed equally with incidents and tips on household repair.”—Kirkus Reviews