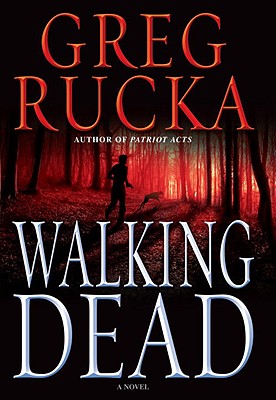 In this explosive new thriller, Greg Rucka, the acclaimed author of Shooting at Midnight and Patriot Acts, sets bodyguard-turned-international-fugitive Atticus Kodiak on a one-man crusade where being willing to die for your ideals isn’t enough. You have to be willing to do much worse.…

I will take your place in times of danger.

As an ex-bodyguard, Atticus Kodiak knew the sentiment well. He’d once based his career on it. Now it could cost him more than just his livelihood—more than even his life. For as he wakes to the sound of gunfire, the nightmare is about to begin again.

Atticus knew very well that people came to a place like Kobuleti to hide. After all, that’s why he and Alena Cizkova had come to the secluded Georgian town in the former U.S.S.R. But Atticus never asked his friend and neighbor Bakhar Lagidze why he was in Kobuleti or what he might be hiding from. Now it’s too late. Bakhar and his family have been brutally murdered, and the thuggish local police chief has declared it a murder-suicide. Everyone—even Alena—seems satisfied to leave it at that.

He knows what the police won’t acknowledge: that one person survived the bloodbath in the Lagidze household—their fourteen-year-old daughter. And the nightmare she’s about to experience will make her wish she’d died with the rest.

To rescue her Atticus must enter a web that takes him from Russia to Istanbul, that stretches from Dubai to Las Vegas. But what troubles Atticus the most is that Alena—once one of the world’s most dangerous assassins and a woman who fears nothing—is clearly terrified of what he’s uncovered. And as Atticus gets closer to learning why, the closer he gets to destroying the life they have made, and each other.

"Put Rucka on the short 'must read' list."—Philadelphia Inquirer

“A fine installment in a terrific series. Rucka has created a classic character: we are emotionally invested in Atticus and his fate.”—Booklist