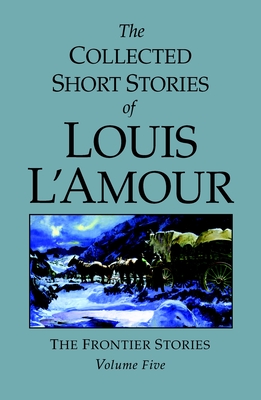 The stories of Louis L’Amour are built around the dramatic moments when men and women cast their fears, doubts, and pasts behind them and plunge into the unknown—into split-second decisions with life-and-death consequences. Nowhere is that more evident than in this quintessential collection of stories set on the American frontier. Here L’Amour takes us across a bold, beautifully rendered landscape where old scores haunt new lives, the wrong choice leaves unwitting victims, and strangers may come to trust—or kill—one another.

Fugitives, visionaries, fortune seekers, drifters, and young women trying to build homes on a lawless frontier, the characters in these pulse-pounding stories are vintage L’Amour. Together in this vivid, rollicking collection, they bring to life the spirit of adventure and confirm Louis L’Amour’s place in the pantheon of American writers.