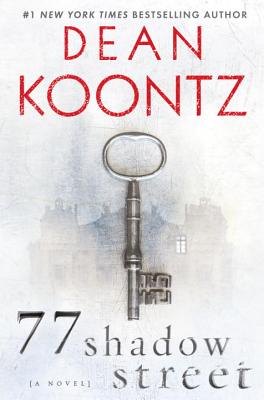 I am the One, the all and the only. I live in the Pendleton as surely as I live everywhere. I am the Pendleton's history and its destiny. The building is my place of conception, my monument, my killing ground. . . .

The Pendleton stands on the summit of Shadow Hill at the highest point of an old heartland city, a Gilded Age palace built in the late 1800s as a tycoon’s dream home. Almost from the beginning, its grandeur has been scarred by episodes of  madness, suicide, mass murder, and whispers of things far worse. But since its rechristening in the 1970s as a luxury apartment building, the Pendleton has been at peace. For its fortunate residents—among them a successful songwriter and her young son, a disgraced ex-senator, a widowed attorney, and a driven money manager—the Pendleton’s magnificent quarters are a sanctuary, its dark past all but forgotten.

But now inexplicable shadows caper across walls, security cameras relay impossible images, phantom voices mutter in strange tongues, not-quite-human figures lurk in the basement, elevators plunge  into unknown depths. With each passing hour, a terrifying certainty grows: Whatever drove the Pendleton’s past occupants to their unspeakable fates is at work again. Soon, all those within its boundaries will be engulfed by a dark tide from which few have escaped.

Dean Koontz transcends all expectations as he takes readers on a gripping journey to a place where nightmare visions become real—and where a group of singular individuals hold the key to humanity’s destiny. Welcome to 77 Shadow Street.

“One of the master storytellers of this or any age.”—The Tampa Tribune

“A rarity among bestselling writers, Koontz continues to pursue new ways of telling stories, never content with repeating himself. He writes of hope and love in the midst of evil in profoundly inspiring and moving ways.”—Chicago Sun-Times

“A master at spinning dark tales . . . Koontz knows how to dial up the terror.”—Associated Press

“Koontz is a superb plotter and wordsmith. He chronicles the hopes and fears of our time in broad strokes and fine detail, using popular fiction to explore the human condition [and] demonstrating that the real horror of life is found not in monsters, but within the human psyche.”—USA Today

“Koontz . . . is a master storyteller and a daring writer. . . . He gives readers bright hope in a dark world.”—Publishers Weekly (starred review)

“Dean Koontz . . . has the power to scare the daylights out of us.”—People

“Dean Koontz is not just a master of our darkest dreams, but also a literary juggler.”—The Times (London)

Dean Koontz, the author of many #1" New York Times "bestsellers, lives in Southern California with his wife, Gerda, their golden retriever, Anna, and the enduring spirit of their golden, Trixie.
Loading...
or
Not Currently Available for Direct Purchase