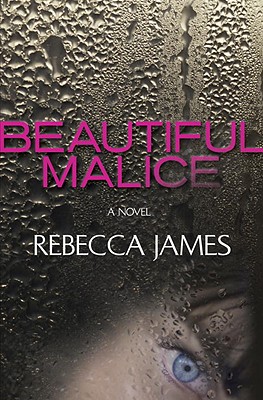 An international sensation that The Wall Street Journal called a “publishing phenomenon,” this layered, poignant, and chilling novel of psychological suspense is the year’s most stunning American fiction debut. From its wrenching opening to its shocking climax, Beautiful Malice unfolds a haunting story in which people, motives, and circumstances are never what they seem.

Who is Katherine Patterson? It is a question she hopes no one can answer. To erase her past, Katherine has moved to a new city, enrolled in a new school, and even changed her name. She’s done the next best thing to disappearing altogether. Now, wary and alone, she seeks nothing more than anonymity. What she finds instead is the last thing she expected: a friend.

Even more unlikely, Katherine’s new friend is the most popular and magnetic girl in school. Extroverted, gorgeous, flirtatious, and unpredictable, she is everything that Katherine is not and doesn’t want to be: the center of attention. Yet Alice’s enthusiasm is infectious, her candor sometimes unsettling, and Katherine, in spite of her guarded caution, finds herself drawn into Alice’s private circle.

But Alice has secrets, too—darker than anyone can begin to imagine. And when she lets her guard down at last, Katherine discovers the darkest of them all. For there will be no escaping the past for Katherine Patterson—only a descent into a trap far more sinister . . . and infinitely more seductive.

“[An] impressive debut . . . This unflinching exploration of psychological manipulation and the tragedies it creates introduces a promising new talent in literary suspense.”—Publishers Weekly (starred review)

“As the truth unfolds towards a devastating climax, no one escapes untouched. As a debut novel, one can only imagine what else Rebecca James has up her sleeve.”—Daily Mail (London)

“A good, suspenseful, psychological thriller . . . worthy of passing on to friends.”—The Roanoke Times

“Recommended for all thriller collections.”—Library Journal

Rebecca James was born in Sydney and spent her twenties teaching English in Indonesia and Japan. She currently lives in Armidale, Australia, with her partner and their four sons. She is at work on her next novel, to be published by Bantam.
Loading...
or
Not Currently Available for Direct Purchase