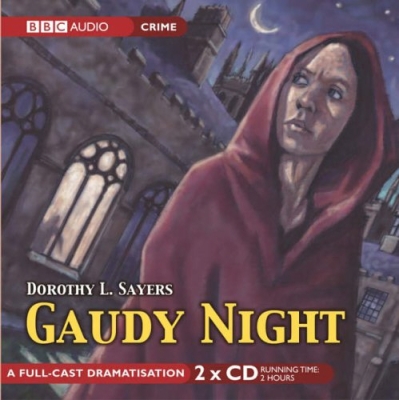 This full-cast audio dramatization of Gaudy Night was specially recorded for BBC Radio. When Harriet Vane attends her Oxford reunion, known as the 'Gaudy,' the prim academic setting is haunted by a rash of bizarre pranks: scrawled obsentities, burnt effigies and poison-pen letters—including one that says, "Ask your boyfriend with the title if he likes arsenic in his soup." Some of the notes threaten murder; all are perfectly ghastly; yet in spite of their scurrilous nature, all are perfectly worded. And Harriet finds herself ensnared in a nightmare of romance and terror, with only the tiniest shreds of clues to challenge her powers of detection—and those of her paramour, Lord Peter Wimsey.

Dorothy L. Sayers was born in Oxford in 1893, and was both a classical scholar and a graduate in modern languages. As well as her popular Lord Peter Wimsey series, she wrote several religious plays, but considered her translations of Dante's "Divina Commedia" to be her best work.
Loading...
or
Not Currently Available for Direct Purchase