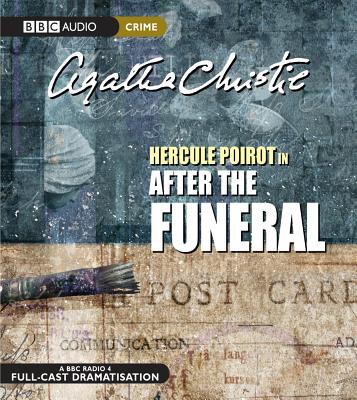 When Richard Abernethie, last master of Enderby Hall, dies suddenly in his sleep, the family is eager to discover how his riches have been divided.

However, the reading of the will is rudely interrupted by his youngest sister Cora, who suddenly blurts out, He was murdered, wasn t he? Used to her habit of making inopportune remarks, the family ignores her. But the next day, when Cora herself is found brutally murdered, they start to wonder.

Richard's barrister and lifelong friend, Mr. Entwhistle, decides to look into the matter. Using legal duties as an excuse, he visits the potential suspects and tries to find out more. He discovers that each has a motive for murder: Timothy Abernethie, Richard's brother, desperately needed money; and his wife Maude apparently considers no sacrifice too great for her beloved husband. Nieces Susan Banks and Rosamund Shane have husband troubles too: who knows what lengths they would go to?

Defeated by the complexity of the task, Mr. Entwhistle calls on his old friend Hercule Poirot

A superb mystery by the Queen of Crime, dramatized with a full cast including Frank Thorton and Jill Balcon.

Agatha Christie was born in Torquay in 1890 and became the bestselling novelist in history. She wrote 79 crime mysteries and collections, and saw her work translated into more languages than Shakespeare.
Loading...
or
Not Currently Available for Direct Purchase