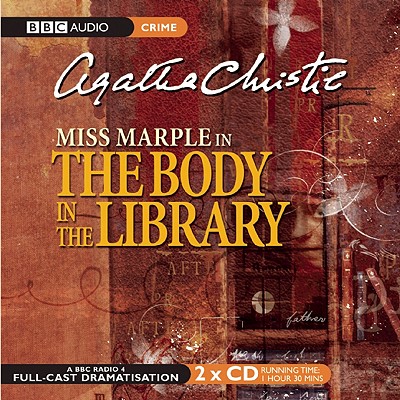 Dolly Bantry, mistress of Gossington Hall, is enjoying a pleasant doze when suddenly her dreams take a strange turn. The housemaid Mary is telling her that there is a body in the library... When she wakes up, she finds that it is true. But who is the strange young blonde dressed in an evening gown who is lying strangled on the library hearth rug? Enter St Mary Mead's resident sleuth, Miss Marple. With her keen eye for the complexities of human nature and her observational skills, she studies the body closely and makes mental notes. But even she cannot provide an immediate explanation. The police hunt through reports of missing persons, and before long the identity of the victim becomes obvious. What is not apparent, however, is how she ended up on the Bantrys' library floor. Sifting every word from the suspects and exploring every possible motive, Miss Marple slowly comes to a shocking conclusion. Agatha Christie's puzzling mystery is dramatised with a full cast including Richard Todd, Pauline Jameson and Jack Watling.