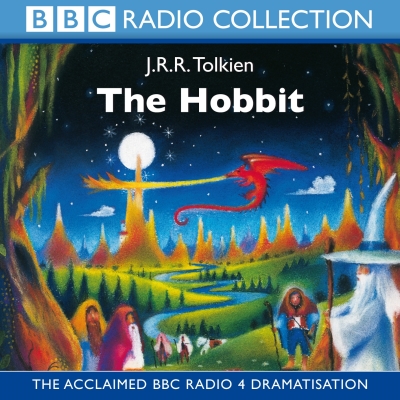 Dwarves, elves, goblins, trolls, dragons, and wizards these are the ingredients of J. R. R. Tolkien's wonderful fantasy, the prelude to The Lord of The Rings, now the subject of a major feature film series. The hero of the tale is Bilbo Baggins, a home-loving unambitious hobbit who is suddenly thrust into what turns out to be the biggest adventure of his life. Guided by Gandalf the wizard, Bilbo and a company of dwarves set out to destroy Smaug the Magnificent, a ferocious dragon who guards a treasure hoard. Their journey contains many dangers, and in facing them the reluctant Bilbo's great resourcefulness and courage surprises everyone not least himself Since it was first broadcast in 1968, this BBC Radio 4 dramatization has become a classic in its own right, perfectly evoking Tolkien's magical other world and its enchanting, fantastic inhabitants.

J. R. R. Tolkien was born in 1892. From 1925-1959 he was an Oxford Professor, first of Anglo Saxon and then of English Language and Literature, but is best known as the author of the fantasy classics The Hobbit and The Lord of the Rings.
Loading...
or support indie stores by buying on