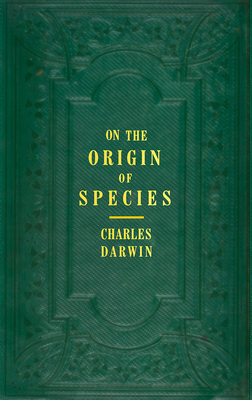 An instant bestseller in 1859, few books have had such a revolutionary impact and left such a lasting impression as On the Origin of Species. Possibly the most important and challenging scientific book ever published, Darwin's language remains surprisingly modern and direct. It is presented here in a faithful yet generously detailed facsimile edition. The text is taken from the second edition (1860), which incorporated some minor corrections but is otherwise the purest distillation of Darwin's original vision. It includes a new foreword as well as an introductory appendix, An Historical Sketch of the Recent Progress of Opinion on the Origin, taken from the third edition (1861).

Praise For On the Origin of Species…

"If you’re like me, you may very well have more than one copy of some of your favorite books. Perhaps they are different editions, perhaps one is a loaner and the other your prized copy. In the case of Charles Darwin’s On the Origin of Species, my own total presently stands at four – or rather, with the arrival of the new special edition published by the Natural History Museum, five. This new NHM edition is a lovely reproduction of the original green hardcover editions, and uses both the text and original layout from the 1860 second edition with the addition of the introductory appendix, “An Historical Sketch of the Recent Progress of Opinion on the Origin,” which first appeared in the 1861 third edition. And to make it even more attractive, rather than being extravagantly expensive, as so many well-made facsimile editions often are, this new Origin is actually less expensive than many paperbacks being published today. While many might see this as a gift book – for which purpose it would serve brilliantly as a gift to any naturalist – I also find it to be a lovely edition for my own self-indulgence. Just the right size to hold in the hand, with its classically presented typeface and composition, its bright, hard-finished (but not glossy) paper, and its richly embossed cover that feels exactly like a book of substance should feel, this Origin is one I shall now be turning to both for reference as well as for personal enjoyment." — John Riutta, wellreadnaturalist.com

Charles Robert Darwin (1809 -1882) was an English naturalist, geologist, and biologist. For his pioneering theory of evolution he is celebrated as one the greatest British scientists who ever lived. David Williams is a Researcher at the Natural History Museum.
Loading...
or support indie stores by buying on
(This book is on backorder)