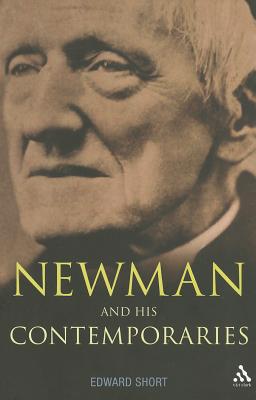 Newman and His Contemporaries (Paperback)

This is a book on John Henry Newman's influence on some of the most fascinating characters of the 19th century - and their influence on him. No one in nineteenth-century England had a more varied circle of friends and contacts than John Henry Newman (1801-1890), the priest, theologian, educator, philosopher, poet and writer, who began his career as an Anglican, converted to Catholicism and ended his days a Cardinal. That he was also a leading member of the Oxford Movement, brought the Oratory to England, founded the Catholic University in Dublin and corresponded with men and women from all backgrounds from around the world made him a figure of enormous interest to his contemporaries. In this study of Newman's personal influence, Edward Short looks closely at some of Newman's relations with his contemporaries to show how this prophetic thinker drew on his personal relationships to develop his many insights into faith and life. Some of the contemporaries covered include Keble, Pusey, Gladstone, Matthew Arnold, Richard Holt Hutton, Lady Georgiana Fullerton, and Thackeray. Based on a careful reading of Newman's correspondence, the book offers a fresh look at an extraordinary figure whose work continues to influence our own contemporaries.

Edward Short is the author of Newman and his Contemporaries. His latest book, Newman and his Family will be published by Bloomsbury in August of 2013. He lives with his wife and daughter in New York.
or
Not Currently Available for Direct Purchase
Copyright © 2020 American Booksellers Association