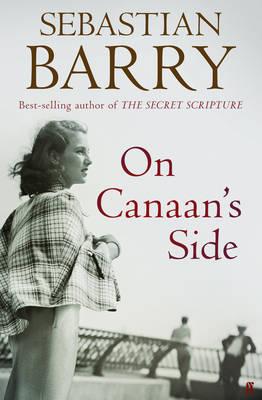 Told in the first person, "On Canaan's Side" is at once epic and intimate. Spanning nearly seven decades, from the Great Depression through World War II to the Vietnam War, it is the heartbreaking story of a woman whose capability to love is enormous, and whose compassion, even for those who have wronged her, is astonishing.

Sebastian Barry's novel "A Long Long Way" was shortlisted for the Man Booker Prize, as was "The Secret Scripture," which was also a "Los Angeles Times" Book Prize Finalist, winner of the Costa Book of the Year award and the James Tait Black Prize for Fiction, as well as the Irish Novel of the Year, and was selected as a Best Book of the Year by "The Boston Globe "and "The Economist." His other novels include "The Whereabouts of Eneas McNulty "and "Annie Dunne." His plays have been produced in London, Dublin, Sydney and New York. Barry lives in Wicklow, Ireland, with his wife and three children.
Loading...
or
Not Currently Available for Direct Purchase