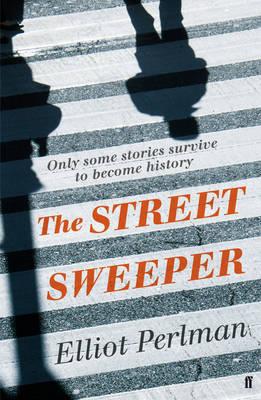 From the civil rights struggle in the United States to the crematoria of Auschwitz-Birkenau, there are momentous stories everywhere. But only some survive to become history.
Lamont Williams is a black man from the Bronx trying to return to a normal life after serving a six-year prison term for a crime for which he was wrongly convicted. Historian Adam Zignelik is an untenured Columbia professor whose career and long-term relationship are falling apart. When Lamont Williams strikes up an unlikely friendship with a patient at the hospital where he works as a janitor, he learns about the Sonderkommando--prisoners forced to work in the gas chambers and crematoria of the Nazi extermination camps. Meanwhile, Adam pursues a promising research topic suggested by a World War II veteran, a topic that might just save him professionally and even personally. When the lives of these two men intersect, history comes to life in ways neither of them could have foreseen.
The Street Sweeper""is an astonishing feat of storytelling that addresses the personal and the political as it sweeps across the globe, through the seminal events of the twentieth century to the present. Honest, hypnotic and redemptive, this is a novel that explores the responsibility of the historian, the weight of history on all of us, and the crucial role that bearing witness plays in breaking the cycle of human cataclysm.