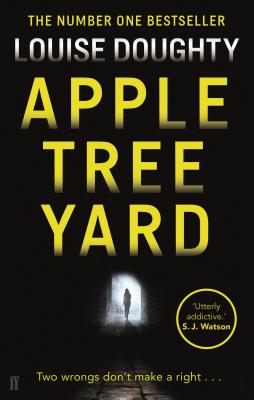 Coming to BBC One, as a flagship four part series, starting at 9pm on Sunday 22nd January. Part psychological thriller and part courtroom drama, Apple Tree Yard is a dark, smart, and undeniably sexy page turner. With her trademark intelligence, award-winning author Louise Doughty weaves an intricate tale of adultery, murder, sex, and deception that will keep readers in suspense until the very end. Yvonne Carmichael has worked hard to achieve the life she always wanted: a high-flying career in genetics, a beautiful home, a good relationship with her husband and their two grown-up children. Then one day she meets a stranger at the Houses of Parliament and, in the dark, secret corners of London, begins an impulsive and passionate affair with him-a decision that will put everything she values at risk. At first she believes she can keep the relationship separate from the rest of her life, but a life-changing act of violence sends Yvonne's carefully crafted plans into a downward spiral of deceit, betrayal, and murder. Full of surprising twists, Apple Tree Yard is a compelling psychological mystery about one woman's adultery as well as a deeply literate and insightful examination of the values by which we live and the choices we make, from an acclaimed writer working at the height of her powers. Apple Tree Yard was shortlisted for the Specsavers National Book Awards Crime & Thriller of the Year. 'Once you start you can't stop reading. Terrific.' - Helen Dunmore.
or
Not Currently Available for Direct Purchase
Copyright © 2020 American Booksellers Association