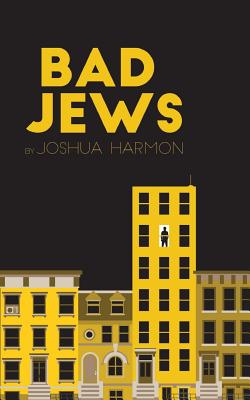 Joshua Harmon's criticially acclaimed play asks questions about what you choose to believe, when you're chosen. Bad Jews tells the story of Daphna Feygenbaum, a "Real Jew" with an Israeli boyfriend. When Daphna's cousin Liam brings home his shiksa girlfriend Melody and declares ownership of their grandfather's Chai necklace, a vicious and hilarious brawl over family, faith and legacy ensues.

"CRITIC'S PICK. There’s nothing like a death in the family to bring out the worst in people. This unhappy truth is displayed with delectably savage humor in 'Bad Jews,' a zesty play by Joshua Harmon...[that is] the best comedy of the season." — Charles Isherwood, The New York Times

"[In] Joshua Harmon’s strikingly perceptive comedy with claws, Daphna is one of the most memorable characters to come down the pike in some time. Harmon’s biting script, which unfolds in 100 minutes of real time...marks him as a new theatrical voice to be reckoned with." - Erik Haagensen, Backstage

"FOUR STARS. Watching 'Bad Jews,' you may change your mind about who the title refers to. But you'll also be consistently impressed by this fast and funny, pungent and poignant comedy by Joshua Harmon." - Joe Dziemianowicz, New York Daily News