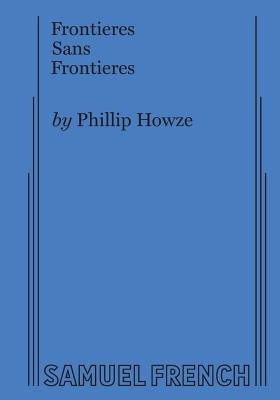 Here, at the corner of a country that feels both foreign and familiar, three orphaned, stateless youth have built a simple life out of recreation and mischief-making. Their world is rocked as a parade of immodest strangers slowly invade, offering gifts of language, medicine, art, and commerce. As the lure of development blurs their beliefs, life and landscape mutate, threatening their long-held values, community, and humanity. In a comic spectacle to challenge the pretense of altruism and civilization, Frontieres Sans Frontieres asks what happens when generosity looks a lot like self-interest? How to comprehend when the promise of language matures to the tyranny of words? Who wins and who loses in a war to hold on to the people and places we love?

"A brightly colored, comic fantasia on cultural imperialism [...] Mr. Howze’s intelligent, unruly and intermittently wonderful play is grounded in experience [...] There is much beauty in this abundance, and something deeply unsettling, too." - The New York Times

"A kaleidoscope of funny, absurd displays of humanity swinging, pendulum-like, between the mundane and the magical, the minuscule and the grand. One moment we are zoomed in: a child turning water from a leaking roof into a triumphant cup of tea. The next moment we are zoomed out: systemic exploitation of natural resources [...] Sometimes hilarious, sometimes utterly heartbreaking, the constant flickering between innocence and pain is this play’s metronome." - Bushwick Daily

Phillip Howze is a playwright whose work has been developed or produced at Bay Area Playwrights Festival, BRIC-Arts Media, Clubbed Thumb, PRELUDE 2015, The Public Theater, San Francisco Playhouse, SPACE at Ryder Farm, and Yale Cabaret. A graduate of Yale School of Drama, he is a Fellow of the Sundance Institute Theater Lab, a member of the Emerging Writers Group at the Public Theater, a Lucas Artist Fellow at Montalvo Arts Center, and a Resident Writer at Lincoln Center Theater. Prior to attending graduate school, he worked in human rights advocacy and was an educator at the US Embassy’s cultural center in Rangoon, Burma. His NY playwriting debut, FRONTIERES SANS FRONTIERES, world-premiered in an extended, sold-out engagement at the Bushwick Starr, and was named one of the 10 Best Theatrical Productions of 2017 by New York Magazine.
Loading...
or support indie stores by buying on