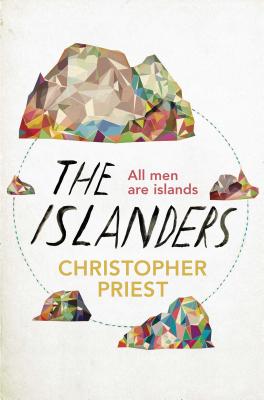 Reality is illusory and magical in the stunning new literary SF novel from the multiple award-winning author of "The Prestige"for fans of Haruki Murakami and David MitchellA tale of murder, artistic rivalry, and literary trickery; a Chinese puzzle of a novel where nothing is quite what it seems; a narrator whose agenda is artful and subtle; a narrative that pulls you in and plays an elegant game with you. The Dream Archipelago is a vast network of islands. The names of the islands are different depending on who you talk to, their very locations seem to twist and shift. Some islands have been sculpted into vast musical instruments, others are home to lethal creatures, others the playground for high society. Hot winds blow across the archipelago and a war fought between two distant continents is played out across its waters. "The Islanders" serves both as an untrustworthy but enticing guide to the islands; an intriguing, multi-layered tale of a murder; and the suspect legacy of its appealing but definitely untrustworthy narrator. It shows Christopher Priest at the height of his powers and illustrates his undiminished power to dazzle.

Christopher Priest's novels have built him an inimitable dual reputation as a contemporary novelist and a leading figure in modern SF and fantasy. His novel"The Prestige"is unique in winning both a major literary prize, The James Tait Black Award, and a major genre prize, The World Fantasy Award.It was also made into a 2006Academy Award-nominated film directed by Christopher Nolan. His other awards have included the Arthur C. Clarke Award andfour Hugo nominations."
Loading...
or
Not Currently Available for Direct Purchase