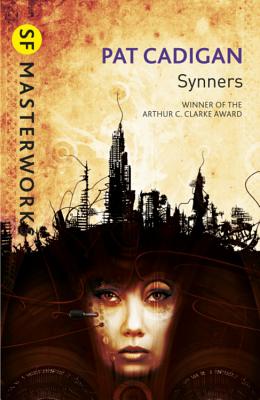 Synners are synthesizers - not machines, but people. They take images from the brains of performers, and turn them into a form which can be packaged, sold and consumed. This book is set in a world where new technology spawns new crime before it hits the streets.

In SYNNERS the line between technology and humanity is hopelessly slim; the human mind and the external landscape have fused to the point where any encounter with reality is incidental.

Read Synners now, before it happens

Pat Cadigan was born in 1953 in Schenectady, New York and grew up in Massachusetts, attending the University of Massachusetts. She moved to England in 1996. Her books include SYNNERS, FOOLS(both of which won the ARTHUR C. CLARKE AWARD) and PATTERNS.
Loading...
or support indie stores by buying on
(This book is on backorder)