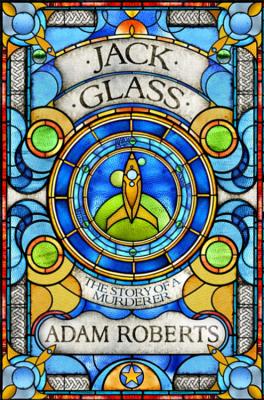 The Story of a Murderer

Golden Age SF meets Golden Age Crime in this British Science Fiction Award winner for best novel, from the author of "Swiftly," "New Model Army," and "Yellow Blue Tibia"Jack Glass is the murderer we know this from the start. Yet as this extraordinary novel unfolds, readers will be astonished to discover how he committed the murders and by the end of the book, their sympathies for the killer will be fully engaged. Riffing on the tropes of crime fiction (the country house murder, the locked room mystery) and imbued with the feel of golden age SF, this is another bravura performance from Roberts. Whatever games he plays with the genre, whatever questions he asks of the reader, Roberts never loses sight of the need to entertain. Filled with wonderfully gruesome moments and liberal doses of sly humor, this novel is built around three gripping HowDunnits that challenge notions of crime, punishment, power, and freedom.

Adam Roberts is a novelist whose titles include "By Light Alone," "The Dragon with the Girl Tattoo," "Gradisil," " New Model Army," "Salt," "Swiftly," and "Yellow Blue Tibia." His work has been nominated for the Arthur C. Clarke Award and the Philip K. Dick Award."
Loading...
or
Not Currently Available for Direct Purchase