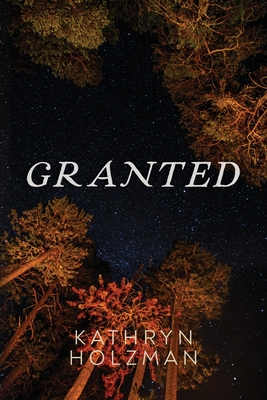 A Mi'kmaw boy's only chance for survival after kidnapping a Nova Scotia settler lies in the hands of a colonist's rebellious daughter.

In 1760, Lucy's father, a New Englander, has been granted land in Nova Scotia seized from the Acadians.

Meuse, an adolescent Mi'kmaw whose father was killed by British forces, learns the new settlers have been promised a bounty for Indian scalps. Seeking revenge, he kidnaps Lucy's father.

In the aftermath of the kidnapping, the colonists form a search party, and a band of rangers burn down the tribe's summer camp. Only Meuse, in hiding with his captive, survives.

But Lucy knows the boy who stalked her father. Now she is faced with an impossible decision. Does she reveal his identify to save her father? Or does she protect a boy who has lost everything?

GRANTED explores the colony's turbulent history. Competing invaders jockey for supremacy. Based on Mi'kmaq scholarship and the Planter's history in Nova Scotia, the novel challenges the myths we have been told.

Imagine Little Big Man told with the historic detail of Amy Belding Brown's Flight of the Sparrow and the compassion of Paulette Jiles's News of the World.