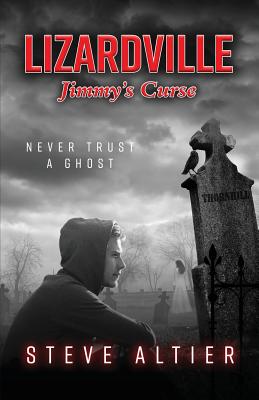 It's been a little over a year since the teens lost one of their own, but the memory still haunts them.

On a crisp fall evening, Jimmy pays Johnny an unexpected visit near the water's edge. He tells Johnny something is terribly wrong and that he needs his help in solving a mystery. Johnny, Buck, and the rest of the gang embark on another wild adventure, back to where it all began--a small cave nestled in the mountains of central Pennsylvania.

When they arrive, their hunch is confirmed. Now they're faced with an even bigger obstacle. How to solve the case of a missing ghost, and who would want to take the remains. They quickly learn that this goes beyond anything they could ever imagine.

With the help of friends, they might be able to pull off the impossible and break Jimmy's curse.

The dramatic conclusion of the Lizardville Ghost series is an enthralling, fast-paced, who-done-it adventure story that will keep you on the edge of your seat until the final page.