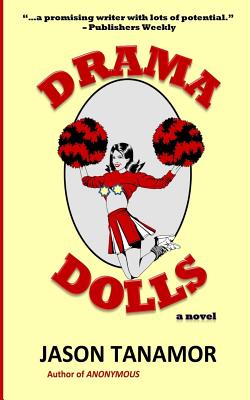 From the author of the critically acclaimed cult novel, ANONYMOUS, comes a dark tale about love and loss.

Jeffrey is turning forty. He has a good job, a loving wife, and a beautiful house. When the love of his life passes suddenly, his seemingly normal world turns upside down. The sudden death, along with his midlife crisis, causes Jeffrey to grieve the five stages in unnatural ways. He trades in his Toyota Corolla for a Corvette, smokes pot with the neighbor kid, and dresses up in cheerleader outfits with his pals William and Lena in order to feel young and beautiful.

William and Lena agree to do whatever it takes to help Jeffrey during his grief, even when it means committing minor crimes such as burglary. All is kosher until William notices a downward change in Jeffrey. Distraught by memories of his wife, and despite William's and Lena's best efforts, Jeffrey begins to slowly derail into a dark place that only he could get out of. An internal battle with his emotions and himself, Jeffrey takes matters into his own hands to pull through.

DRAMA DOLLS is an intimate, dark comedy about loss and obsession, survival and grief, and the desiring need to take control of your own life.