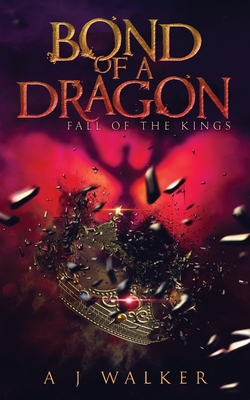 Bond of a Dragon

Fall of the KIngs

In the end, all kings must fall.

Anders is lost and without guidance. Merglan's imperial grip tightens on the free nations. A Resistance movement arises to combat venomous magic, but is it too late? In the end, all kings must fall.

When Anders awakens in a foreign land, he finds himself far from the campaign in Southland and anxious to get back. The sapphire's intoxicating grip has given him more than just a craving for power. Its tainted magic pushes him closer to the precipice of becoming more like the evil that he is foretold to destroy. In his attempts to resist the darkness, Anders must work through his pain before he can return to the fight he abandoned so suddenly.

After the allied armies are forced to disband, the five nations begin to feel the effects of the dark sorcerer's imperial rule. Foreign invaders occupy Westland. Southland is flooded with orcs. Humans and dwarfs must band together in resistance. Unlike the elves, who can hide behind their magically protected walls, the other races in Kartania's kingdoms are drastically affected by the absence of an allied dragonrider. With the fate of Kartania hanging in the balance, will these various allegiances unite to combat Merglan's expansion? Can Anders work with his dragon, Zahara, gain back what advantage they once had? Will Kirsten survive long enough to see Westland's revolt? What has become of Ivan and those left behind in Southland?

Bond of a Dragon: Fall of the Kings is the third installment in the Bond of a Dragon series. This highly suspenseful and emotional tale builds to a crescendo in the final chapters; don't miss out on this epic by A J Walker.

For more info visit ajwalkerauthor.com
Loading...
or support indie stores by buying on