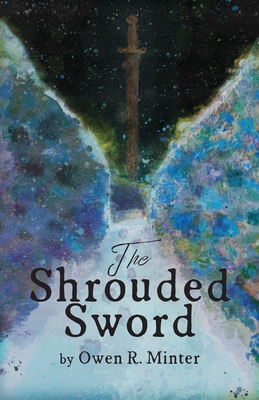 Owen Minter takes readers on a rollicking ride through a world of riddles, time travel, and magic. There are diverse heroes, evil creatures, wizards, and an enchanted house in this adventure series about friendship and the battle of good versus evil. Fans of the Fablehaven series and Harry Potter will love this book

Twelve-year old Ethan Moseby and his ten-year old sister, Jynx, are dreading spending Christmas break with Socrates Maupin, an estranged uncle who is as peculiar as his temperamental mansion.

Little do they know he's actually the legendary wizard Merlin, living under an alias in present-day Deadmoor, Virginia.

There's no internet access and not a single TV in the house. And what is causing the creepy occurrences within the old house? Ethan and Jynx are ready to leave.

But when Ethan hears a strange voice after discovering a maze on his uncle's property, he knows he must stay to solve the voice's cryptic message:

"Seek the light to reveal the shrouded treasure. For the sake of the trust."

With the help of Jynx, and a young local genius named Amos Sprunt, Ethan must crack riddles and ciphers to locate an enchanted painting leading to the shrouded treasure. A treasure hidden in the recesses of time. A treasure that--when reunited with three other concealed objects--could control the world's fate with unstoppable magic.

But the kids aren't alone on the hunt.

Along with their uncle, they battle blood-thirsty pirates of yore, and Morgause, a fairy witch with a riddle-loving goblin and a giant flame-spitting salamander on her side.

Can Ethan, Jynx, and Amos, find the wit, strength, and bravery they need to reach the treasure--before it falls into the wrong hands?