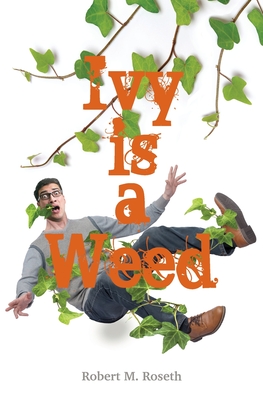 Ivy is a Weed

Something funny is going on here

Late one autumn evening, Mike Woodsen, the public relations director for a major Pacific Northwest university, is called by the campus police. A body has been found in central campus. It is Jeremy Ronson, a university vice president in charge of information technology. He lies four floors beneath his office window. The police conclude very quickly the fall was accidental and close the case.

Woodsen isn't convinced. He manages to get in to Ronson's office and finds stacks of paper everywhere -Ronson's "filing system" -- but only the stacks on the path from Ronson's desk to the window are disturbed. Woodsen decides to look deeper, despite his boss's admonition to suppress his investigative instincts.

Meanwhile, in his day job, Woodsen encounters the bizarre world of a public university in the 21st century. It is governed by suffocating and arcane bureaucratic rules, but at the same time its leaders dream of it achieving its rightful place as one of the most important, if not the most important, of society's institutions. Woodsen has a ringside seat for a major "rebranding" effort that is underway. The consultants announce the new "brand" is to make the university seem comparable to Harvard. They defend this lie by describing it as an "aspirational truth." They're slippery bastards. But apparently, in the current environment, they have the upper hand.

The university administration announces a series of cheesy television commercials to launch the rebranding project. Faculty react angrily. They regard it as a shallow effort that ultimately will devalue the institution as it moves down the slippery slope to becoming just another commercial product like soap or deodorant. They are pretty much ignored. Academic freedom, it turns out, is free but powerless.

Woodsen finds that the still-dead Ronson was responsible for the precipitate layoff of about 50 tech employees due to his mismanagement of the budget. But Ronson himself kept his title - apparently because he had a golden parachute built into his employment contract. He thought such deals were only found in the private sector among the mega-rich. So naive.

This is just the beginning of the seamy underside of the higher education business that Woodson unearths during his investigation. He has gathered a basket of facts about Ronson, his life, and the people who had reason to hate him. But he hasn't identified anyone with the combination of motivation and opportunity to hasten Ronson's exit from this world.

Just when he's about to give up he has a random encounter that sets his world on edge. The pieces of the crazy puzzle start to fall into place in a pattern that no one could have predicted. Even the jaded Woodsen is stunned by where his investigation has led him. The conclusion is both absurd and totally logical. Woodsen doesn't know whether he should be outraged or amused by the picture he has created.