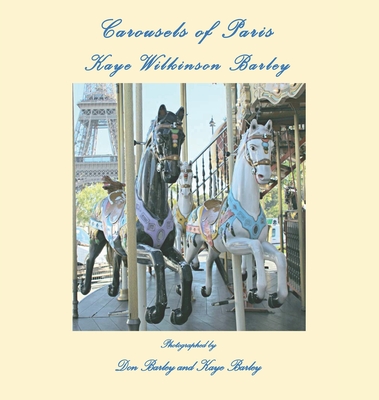 A charming collection of color photographs and historical information about many of the carousels in Paris.

Carousels are said to be a French invention brought about by the accidental death of King Henri II during a jousting tournament in 1559. Renaissance knights stopped jousting, and the games evolved into spearing rings with their lances. The idea of mounting wooden horses on a rotating frame dates to the 17th century. To entertain thousands of people during an event at Versailles, the Sun King, Louis XIV, King of France from 1643 until his death in 1715, had his engineers design the first rotating merry-go-round, a four-seater with gilded chairs for ladies and horses or swans for the men. By the end of the 18th century, there were merry-go-rounds in several of the Parisian public gardens. In the wake of the French Revolution, the merry-go-round, like other sorts of entertainment previously enjoyed by aristocrats, became more easily accessible to workers and their families.

This charming book presents photographs of carousels in Paris with fascinating tidbits of information, and is an invaluable resource for anyone planning to travel to Paris or wanting to relive fond memories or fantasies of being in the City of Lights.