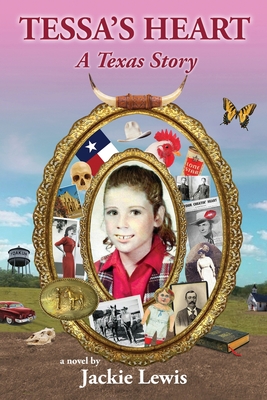 It's 1952 and in the small town of Yoakum, Texas, Tessa Louise Carter-a quirky, sassy, back-talking nine-year-old-finds herself torn between her deeply religious but foul-mouthed grandmother and her beautiful bed-hopping mother.

Tessa doesn't have many friends and takes solace from talking with the ghosts of her dead great-grandmother and great-aunt-which doesn't sit well with her mother or grandmother.

What Tessa wants and needs more than anything is a father figure, but the men her mother brings home are either mean and cruel or are totally uninterested in the musings of a nine-year-old. When her mother becomes pregnant by the local pastor, he flees, and out of convenience she marries yet another of her men friends. Tessa is miserable and is sent back to live with her grandmother.

When Tessa finds a human skeleton, half-buried in the mud outside her grandmother's home, the family's ghastly dark secret is revealed. Tessa becomes haunted by the spirit of her great-grandfather, which won't leave her alone-but her nightmare is only just beginning...