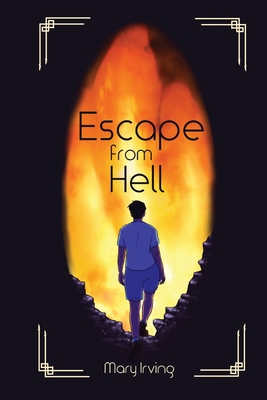 The Pit gaped like the mouth of a giant beast poised to consume them. A dim light flickered in its heart. Rin forced herself to look away but couldn't shake the feeling that she was about to fall into it.

High Commander Rin Tallow rules with fire and steel. In the midst of a campaign to exterminate satyrs from her lands, a small band of rebels infiltrate her camp and assassinate her. The instant before the she dies time stops.

Rin wakes in the far future, taken by time travelers to pay for the atrocities she has committed. She is sentenced to a life of hard labor in the Pit of Hell. The judgement passed against her actions introduces doubt and a creeping fear that she may have been the horrible villain she is accused of being. She must escape before she is broken by the punishment of Hell and the condemnation of her past, but escape isn't easy, and in the process she learns dark secrets about Hell and its hidden true purpose.

There is more to Hell than just pain and fear. For the first time, Rin is confronted with people who aren't interested in her family and titles. She finds friends and enemies and a woman she might fall in love with. This introspective story follows as Rin navigates a turbulent emotional sea that is just as treacherous than the guards and fires of Hell.

Sometimes, we don't get what we deserve. Sometimes that's a bad thing and good people go unrewarded, but sometimes it's a good thing and those of us who have done terrible things get a second chance.