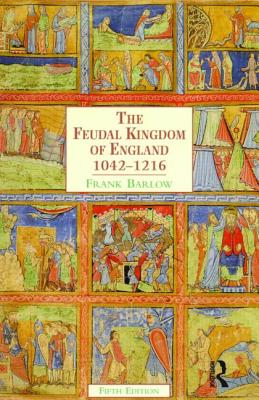 The Feudal Kingdom of England

Now in its fifth edition, this hugely successful text remains as vivid and readable as ever. Frank Barlow illuminates every aspect of the Anglo-Norman world, but the central appeal of the book continues to be its firm narrative structure. Here is a fascinating story compellingly told.

At the beginning of the period he shows us an England that is still, politically and culturally, on the fringe of the classical world. By the end of John's reign, the new world that has emerged was in outlook, structure and character, recognisable as part of the modern age.

Incorporating the findings of the most recent scholarship in the field - much of it Barlow's own - the fifth edition includes new material on the role of women in Anglo-Norman England.