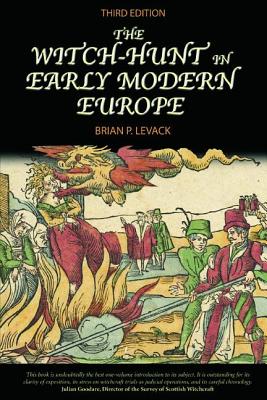 The Witch-Hunt in Early Modern Europe

Between 1450 and 1750 thousands of people, most of them women, were accused, prosecuted and executed for the crime of witchcraft. The witch-hunt was not a single event; it comprised thousands of individual prosecutions, each shaped by the religious and social dimensions of the particular area as well as political and legal factors. Brian Levack sorts through the proliferation of theories to provide a coherent introduction to the subject, as well as contributing to the scholarly debate. The book:

In this fully updated third edition of his exceptional study, Levack incorporates the vast amount of literature that has emerged since the last edition. He substantially extends his consideration of the decline of the witch-hunt and goes further in his exploration of witch-hunting after the trials, especially in contemporary Africa. New illustrations vividly depict beliefs about witchcraft in early modern Europe.

Brian Levack is the John Green Regents Professor in History at the University of Texas at Austin. He has written and edited many books, including The Witchcraft Sourcebook (2004) and Witchcraft and Magic in Europe: The Eighteenth and Nineteenth Centuries (1999).
Loading...
or
Not Currently Available for Direct Purchase