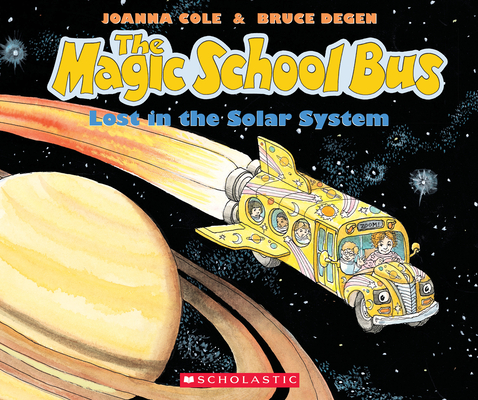 The Magic School Bus Lost in the Solar System

To celebrate its 20th anniversary, Scholastic is re-releasing the ten original Magic School Bus titles in paperback. With updated scientific information, the bestselling science series ever is back!The fieldtrip to the planetarium is foiled when the museum turns out to be closed, but Ms. Frizzle saves the day. The Magic School Bus turns into a spaceship and takes the class on a trip zooming through the atmosphere, to the Moon, and beyond! With up-to-date facts about the solar system, revised for this edition.Don't miss the all-new Magic School Bus: Rides Again book series and the animated show streaming on Netflix now!

Joanna Cole has been creating books about the Magic School Bus for more than twenty years. She is a recipient of many awards, most recently the National Endowment for the Arts Foundation Award for Outstanding Service to Public Education. She lives in Key West, with her husband.

Bruce Degen is the bestselling author and illustrator of the beloved, perennial favorite Jamberry and numerous award-winning books for children. He is also the illustrator of the highly-acclaimed Magic School Bus series by Joanna Cole.
Loading...
or support indie stores by buying on