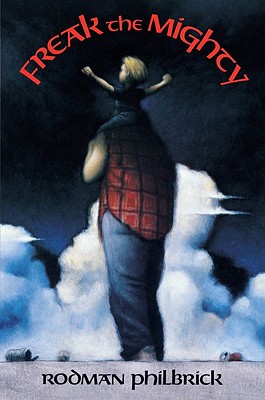 Two boys – a slow learner stuck in the body of a teenage giant and a tiny Einstein in leg braces – forge a unique friendship when they pair up to create one formidable human force. (Made into the film, The Mighty.) * “A wonderful story of triumph over imperfection, shame, and loss.” – School Library Journal, starred review  “Compelling…written with energy and…humor.” – The Bulletin for the Center of Children’s Books

Rodman Philbrick is the author of six award-winning novels for young readers. His first novel, Freak the Mighty, won the California Young Reader Medal. It was received with great acclaim and has sold more than a million copies. The sequel, Max the Mighty, received starred reviews, and his novel The Fire Pony was named a 1996 Capital Choice. His more recent books for the Blue Sky Press are REM World; The Last Book in the Universe, which was named an ALA Best Book for Young Adults; and The Young Man and the Sea, which received a starred review from School Library Journal. He and his wife live in Maine and the Florida Keys.
Loading...
or
Not Currently Available for Direct Purchase